Spiritual growth involves giving up the stories of your past so the universe can write a new one. (Marianne Williamson) 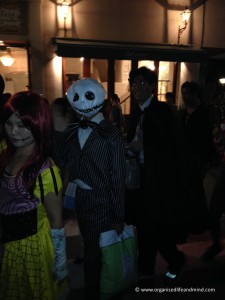 Last year, my friend and I spent Halloween in Tokyo. It was a fabulous trip to such a vibrant city. Forget the rumours about Tokyo being super expensive. You wouldn’t believe how affordable it was! The weather was mild and it was ideal for watching the different Halloween parades. I knew Japanese people loved their fancy dress and Halloween was no exception. Even some dogs were dressed up.

We’re now in October and Halloween is approaching. What are your plans for Halloween? Are you giving a party?

Here’s your party planning checklist with 13 tips for a spooky and stress-free party:

The other day, my friend and I were talking about the PMI exam. In case you haven’t heard about it, it’s the qualification for project managers and perceived as a rather difficult exam with quite an intensive preparation. While I toyed with the idea in the past, I couldn’t find the motivation. But in the spur of the moment, I decided to join her and signed up!

Since then, my enthusiasm has been on a small roller coaster ride. You see, an entry requirement is taking a 35-hour-long course either in person or online. I’ve chosen the online option and must have one of the most boring presenters. Combine that with a rather technical 619-page-thick study book and learning has become just a tiny bit more challenging. Or maybe it’s just me getting older and am finding it more difficult to get back into the formal way of learning?

Certainly, I can’t be the only adult learner. So what are others doing to maximise their study time and stay on track? How can you make studying while having a demanding job and family life as pain-free and as much fun as possible? Here are my suggestions for effective studying:

Tip of the Day: It’s better to crawl in the right direction than to run in the wrong one. 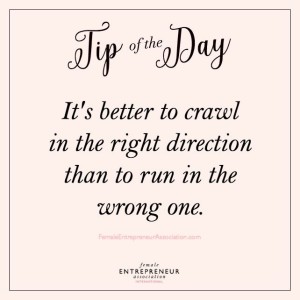 It’s now almost 19 years ago that I lost a loved one to cancer. It was heart breaking to see Gladys get eaten up by numerous tumours. Every time we thought things were improving, there was a new and more shocking diagnosis than the one before. This experience had such an impact on my life that supporting the fight against cancer is my number one health cause.

You probably know that October is Breast Cancer Awareness month. The last few years have shown the significant improvements which education, early detections and a balanced lifestyle can have on breast cancer prevention and treatment. You owe it to yourself to look after yourself!

While it’s still not known what causes breast cancer, there are a few things you can do for yourself:

Did you know that women in the UAE have on average 81 shoes? I was very surprised to hear such a high number when Virgin Radio announced these survey results in May.

So I did a little bit of experimenting and googling. Counting all my shoes, everything from flip flops, running shoes, golf shoes, boots etc., I’ve an amazing 32 pairs. That means someone else must own a whopping 130 pairs to create this UAE average for the two of us.

Where do you just store all these shoes? As a business partner once said, “we live in Dubai. People have a shoe closet.” I was laughing. It was comical, yet, so true. But what about us who don’t have a specific room just for their shoes?

Google was happy to suggest 13,300,000 results within mere 0.34 seconds for my quest on “shoe storage”. Here are some of my favourite tips for your shoe storage:

This day, like all days, holds great potential. (Jeff Davidson)

When you’ve first moved to Dubai, were you lucky enough to know some people already? Or even better, to have some friends living here?

In my previous company, I supported the Middle East offices from the UK and experienced our relocated employees’ quest for new friends from afar. In such a transient city like Dubai, it’s easy to meet people but finding friends?

When I resigned from my company and moved to Dubai, I had one friend waiting for me and only knew 2 more people. It was one of many moves I’ve done internationally and across continents, so I wasn’t afraid of starting (somewhat) new again.

Looking over the last few years, I’ve seen some of my friends leave Dubai which was rather saddening. There were also some friendships to which I said good-bye – deliberately. For me, a friendship is a give and take and not a one-sided relationship. There was one particularly friendship where my friend only allowed meetings to take place when, where and how they suited her. Seeing her became stressful for me. I no longer looked forward to catching up and our conversations became superficial at best. It was time to end our friendship.

Some say it’s easier to leave a job, then to leave a friendship. But when do you know it’s time to say good-bye?

Eid Mubarak! Wishing you and your families a blessed Eid from all of us at Organised Life and Mind.

What did you do this weekend? Were you able to catch up with some friends and family? Could you enjoy the cooler temperatures? Or did you spend a few hours cleaning and getting your house back in shape?

In my home, Friday is dominated by sports and meeting friends while Saturday is about running errands and cleaning. In the past, I’ve experimented with what works best for us and have now a cleaning schedule in place which helps to save substantial time and energy.

I first looked into the existing cleaning routine and felt it was too much of an effort. My life does not evolve around cleaning the house and without a maid, I don’t want to spend any more time than necessary on it.

So I looked into the different options of getting the house cleaned faster and with less hassle: