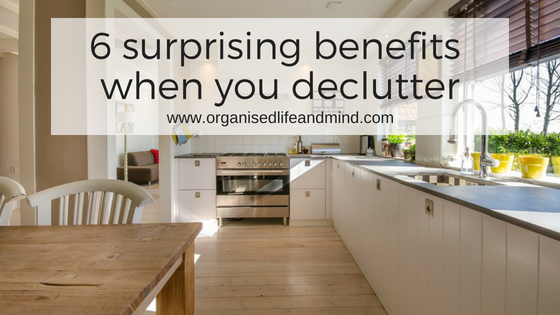 6 surprising benefits when you declutter

You’ve probably heard about Barbara Hemphill, the paper tiger lady, mentioning SYSTEM. It’s a slogan she picked up early in her organising career and it stands for “Saving you space, time, energy, money.” That’s right, that’s what professional organisers like her and us at Organised Life and Mind do. However, some folks are still sceptical about the true benefits of getting organised. So we’ve asked the ones who’ve already started their journey of decluttering and getting more organised. “What were your biggest surprising benefits, positive or negative, when you decluttered?”

You may be astonished reading about the top six surprising benefits to let go and get organised:

By going through your shelves, drawers, cupboards or even storage units, you’ll probably find plenty of items you no longer use or wear. It may be a surprising realisation that the adorable skirt you got in Milan in the early 80s doesn’t represent who you are now.

Your kids have grown up and aren’t interested in playing with the toys you kept for them. Neither do they want their old toys, which have been laying in the attic for the last 20 years, for their children. For parents, this is often a shock. They may have grown up after the war, are used too rationing and mending clothes to avoid spending money on new ones. Yet, their offspring have different priorities.

One answer made us laugh. For Miss M, as we’ll call her here, the biggest surprise was “seeing my floor again”. Not having her carpets covered with toys, clothes and magazines made a magical difference in her life and created momentum for her to continue to declutter. 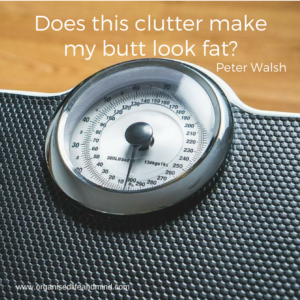 Besides other surprising benefits, many of our previous clients were flabbergasted by how light they felt when they dropped off all those bags. It’s like they’re creating space in their home and are lifting some weight off their shoulders.

For some, it was also closure. To finally have the courage to get rid of the ugly china set they received as a heirloom. It was like guilt which made them keep things from their grandparents or others who’ve since passed.

We’d seen the same with another client. They received a present they didn’t need or enjoyed. Yet, the person who gave them the gift “worked so hard for it.” Again, this client kept it over the years out of emotional guilt.

A tough area to let go are often pictures. One client didn’t like how she looked on pictures. Every time she pulled out the shoes box with the pictures, she was reminded of hurting times. Giving herself the permission to move on and throughout these pictures made her feel free for the first time in years.

Did you ever vacuum between or under your couch cushions? If you’re like us, you’ve probably found some spare change every so often.

Some of our clients discovered more when they tackled a shelf or a box: A beautiful top that they’ll be wearing again, a precious picture and even a birth certificate. Important documents like the last one can be a pain to get them issued again. Keeping them safe and easily accessible is something that this client is going to do from now onwards (and so should you, by the way)!

Our favourite story when we asked about surprising benefits of their very own decluttering is hearing how Miss L found some cash put away in a safe place. It was so safe, she didn’t even remember it!

Wanting to have a clutter-free home can be a challenge if the entire family isn’t on board. We’ve seen it all too often. One person is neat while the other one is more relaxed about leaving their things around the house. If you’re the more organised person, how do you express your desire for a tidier home to your family? “It’s not in my nature” is what we often hear from our loved ones.

The greatest surprise came from three families where, coincidentally, each mother was looking for a clearer, less crowded home. Seeing the positive changes in them, their husbands wanted to be part of this transformation. One told us how her little boy now also picks up after himself. For some of you, this doesn’t sound like a big deal. For this family, the mom is creating the dream home (a clutterfree home) with the help of her family!

The two daughters of one client are living abroad. When they are home, they are spending time with their mom going through childhood items. Stuffed animals, art projects and pictures. Looking at pictures can make you relive a memory. For these 3, it’s a step back in time, reminiscing while also creating their future. The mom has noticed that they have formed an even deeper bond through this activity.

A number of clients questioned their decision-making abilities when looking at past purchases. Not seeing the purpose or the joy in various items, clients were so surprised what they found. “Why on earth did I ever buy this?”

Decluttering and organising their homes, clients have discovered that an offer isn’t an offer unless they need it. If an item costs 1,000 Dollars, but on sale it’s only 750 Dollars, you don’t save 250 Dollars if you don’t need it. You’ve spent 750 Dollars! How often have you heard this before?

Many are asking themselves whether they really need this new item before paying for it. Some have gone a step further and are waiting for 1 day. If the answer is still yes, then, and only then, will they buy it.

This change in focus has given them also more money. Instead of participating in retail therapy, they’re rechannelling their energy: Spending more time with their family and friends, pursuing hobbies they always to learn. 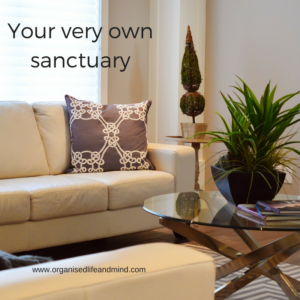 Of all the surprising benefits quoted, this was the biggest surprise: how much calmer and more peaceful declutterers have become. They’ve seen how all this clutter caused them anxiety and stress. Getting rid of it, living with less or, in some cases, just the essentials, has given them a new home. “I now want to be home for the first time in my life!”

They’ve also become more mindful. Like with a change in focus, they are setting boundaries and are looking after themselves. They are creating a refuge from the crazy work and hustling and bustling city life by letting less stuff into their home.

The most surprising benefits

When we heard “I’ve gone 62 years without ever hearing about this way of thinking”, we were the ones who were surprised. Miss T was all for changing her life, getting back in the control seat and letting go of what held her down. Growing up with parents who lived through WWII, she was taught to be good with what she had, to not waste. Decluttering appeared as a waste while only once she started, she appreciated how her unwanted items could make someone else happy. She was not wasting, she was supporting someone else during their difficult times.

While you decluttering can help you save space, time, energy and money, you can benefit even more as we’ve shown you today. What’s holding you back from making the first step?